From DC to Digable Planets to DJ LadybugMek

Having lived in Washington DC for five years, I love the unique mix of musical culture and history of that city as well as Maryland and Virginia: Shaw Neighborhood, Adams Morgan, Mt. Pleasant, U St. Cardoza, Takoma Park, Mt. Ranier, hip-hop, R&B, 9:30 Club, Black Cat, Blues Alley, spoken word poetry, salsa, Afro-beat, Bossa Nova, and punk rock just to name a few. The birthplace of Duke Ellington also has a thriving jazz movement. DC was the place I discovered Bluegrass; many nights I fell asleep listening to “Bluegrass overnight” on NPR. And of course the ubiquitous Go-go beat!

It is from this richness that Ladybug Mecca rose up, and later made the move to New York where she was part of Digable Planets, who had one of the most recognizable and influential songs of the 90s, “Rebirth of Slick (Cool like dat).” She later went on to release a solo album and guest spot on too many artists’ albums to name. In her latest creative incarnation, she’s working out her DJ skills, going by DJ LadybugMek. 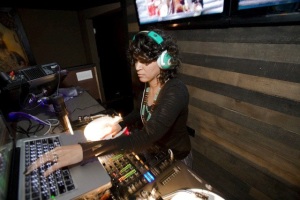 Here’s a video of her rapping with another DC native (who I saw at the Black Cat by the way and he blew me away), Raheem DeVaughn:

Rootnotemusic.com recently caught up with DJ LadybugMek (Mariana Vieira) and asked about her roots and where she’s growing today.

Rootnotemusic.com: I heard you grew up in DC, a city with a strong jazz heritage and a political/cultural edge. How did that influence you artistically?

LadybugMek: I grew up DC/MD/VA area and have lived within all 3 growing up. One of my all time influential musical periods was going to the Go-go’s because it was our own music, with the live percussion and the vocals and no other city in America had it. NY students that went to Howard used to try to shit on us and our music and vice versa but we didn’t care because it was/is our own movement. Rare Essence’s “Lock It” was/is my favorite song. I miss my tapes. The dances we would do and how it made us feel… is something hard to describe in words. It’s a rooted feeling when you hear the percussion..it’s all Africa. It was a movement in and of itself and being in the murder capital of the nation at the time didn’t matter to us. It was about being wit friends, lookin fly and getting the band to say your name or ya crews name. 801-Chu Chu, Yusef, stand up.

Here’s some audio from a Rare Essence show where they do “Fat Rodney/Lock It.” It gives you the essence of that unmistakable DC Go-go beat. For more info on Go-go check out my links at the end of the post:

Rootnotemusic.com: What are some “must hear” tracks that you would recommend in for example jazz, soul, or early hip hop that you feel were groundbreaking or socially relevant in some way?

LadybugMek: Mal Waldron – “For Every Man There’s A Woman”
Thelonious Monk – “‘Round Midnight”
Eric Dolphy – “Something Sweet, Something Tender”
Funky Four + 1 – “Do Ya Wanna Rock”
Paulette & Tanya “Sweet Tee” Winley – “I Believe in the Wheel of Fortune”
Queen Latifah – “Wrath of My Madness”
De La Soul – Too many to name
Nas – Too many to name
Lupe Fiasco – “American Terrorist”
Jay Electronica – “Exhibit C”

I found this video of the Mal Waldron Quinent, although I could not find the song Ladybug mentioned, but this is so good I can’t keep it from you all:

Rootnotemusic.com: I read that you are of Brazilian heritage. Does Brazilian music influence you in any way? If so, can you recommend an artist or song?

LadybugMek: I am Brasilian and it absolutely is very influential in my life. One of my favorite songs is by Gilberto Gil and it’s called “Estrela”…It is cosmic and angelic, I used to hold my first born and dance with him in the dark to put him to rest because it was the perfect lullaby to me. I would recommend anyone to pick up any of his albums…you can’t go wrong, in my opinion.

DJ LadybugMek is spinning all over. She recently hit Chicago’s The Shrine with Timbuck2 on his FREE night TimbuckTuesday’s (from Ladybug: “shout to Ron Trent…”). Here’s a video of her skills on the turntables: The Shrine Chicago DJ Set. For more info or for booking contact: Moonbaby Entertainment at 310.999.4222 or via email at info@moonbabyentertainment.com. 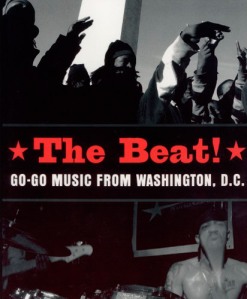